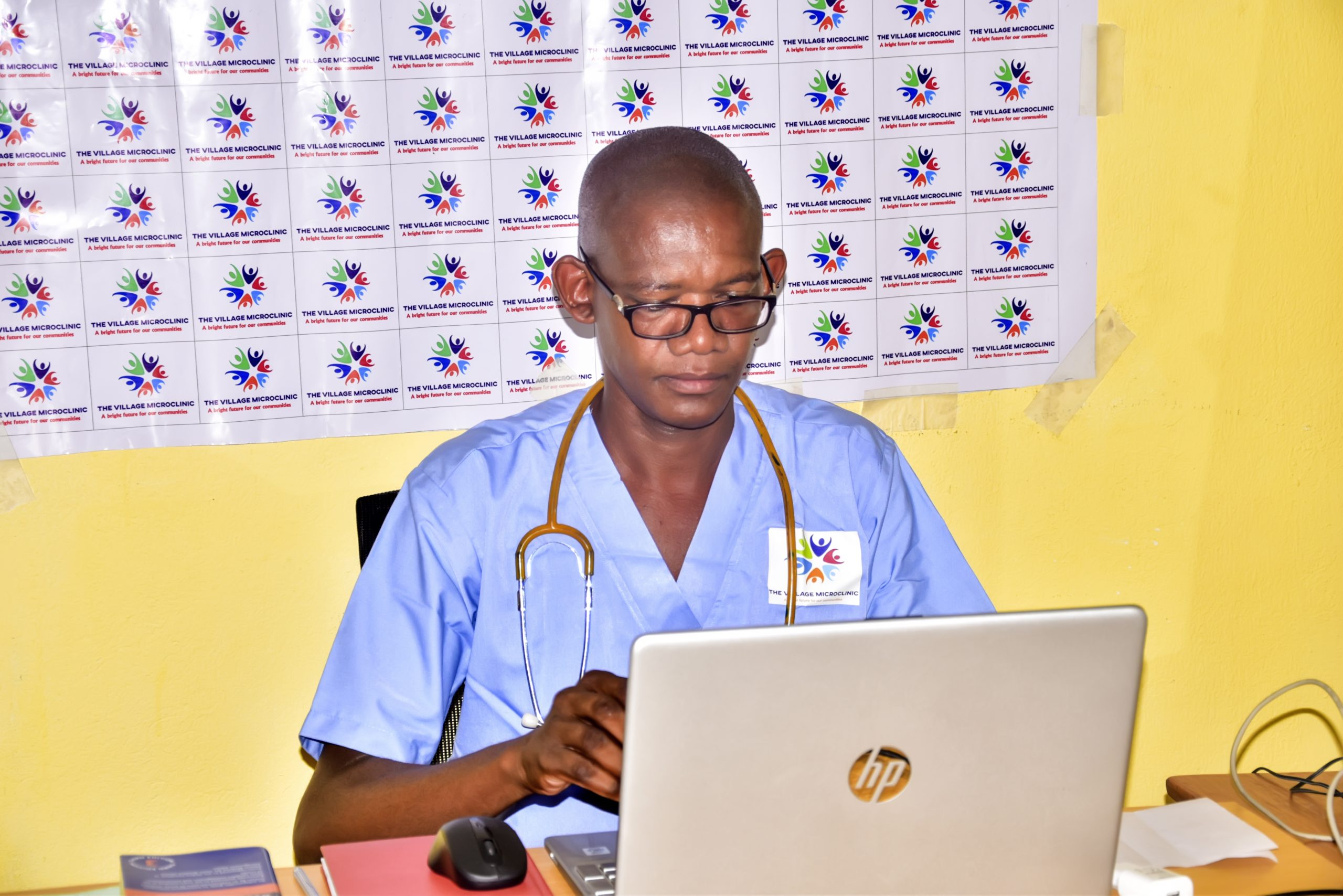 The Village Microclinic was founded in 2017 by Dr NSHIMIRIMANA Tharcisse. Dr Tharcisse is a Burundian medical doctor who was born in Muramvya, central Burundi. He enjoyed a loving and nurturing childhood with both of his parents and siblings. He had a big dream of becoming a lawyer one day.  As a young adolescent, he was doomed to flee his home village and landed to Kamenge/Bujumbura, the capital city of Burundi when the civil war torn out his country in 1993.  In 1994, the quarter of Kamenge was completely destroyed by the fighting forces in Burundi and all people of Kamenge were gathered in internal displaced persons camps’ while others took refuge in neighboring countries of Burundi.  During tough times, Dr Tharcisse had no other choice than to spend his nights at one of the public hospitals of Bujumbura (Hôpital Prince Régent Charles) where he could feel more secure.

The time of unrest in his home country and sleepless nights in hospital grew in him a high sense of empathy and a burning desire to serve vulnerable and poorest people among the poor.  He joined then the faculty of Medicine at the University of Burundi in 2002 where he graduated in 2010.

Inspired by more than a decade of experience serving remote and underserved communities of Burundi, 2 years of training through the African Visionary Fellowship Program by Segal Family Foundation, a learning visit at Lwala Community Alliance in Kenya and a 2019 Cordes fellowship to attend Opportunity Collaboration in Mexico, Our founder Dr Nshimirimana Tharcisse realized that, in the health’s domain, if you are going to solve a problem in isolation, you will fail. He also came to realize that the causes of poor health are complex and interconnected especially in poor and underserved communities of Burundi where infants and maternal mortality are among the worst in sub Saharan Africa. He then initiated the Village Microclinic Strategy which aims at holistically inspiring and empowering people from peri-urban areas and slums of Burundi to advance their own health and well-being.